Public lecture: Radical Islam, the West, and the Future of the Holy City

The lecture was given by the former Israeli Ambassador to the United Nations Dore Gold.

The lecture was held on the occasion of publishing the Czech version of Mr Gold´s book “The Fight for Jerusalem: Radical Islam, the West, and the Future of the Holy City”. Tomas Pojar, former Czech Ambassador to the State of Israel and vice-president of the CEVRO Institute, opened and hosted the event.

Dore Gold, who is currently the president of the think tank “Jerusalem Center for Public Affairs”, spoke about the history of Jerusalem and focused also on uncovering the roots of the ongoing tensions between Jews and Arabs. Mr Gold then answered many questions from the audience.

Attendants of the lecture had the genuine chance to buy the book “The Fight for Jerusalem: Radical Islam, the West, and the Future of the Holy City” for a discounted price and get the autograph of the distinguished author.

Our thanks belong to our media partners reviewed journal Defense and Strategy, eretz.cz, and Czech – Israeli Chamber of Commerce. 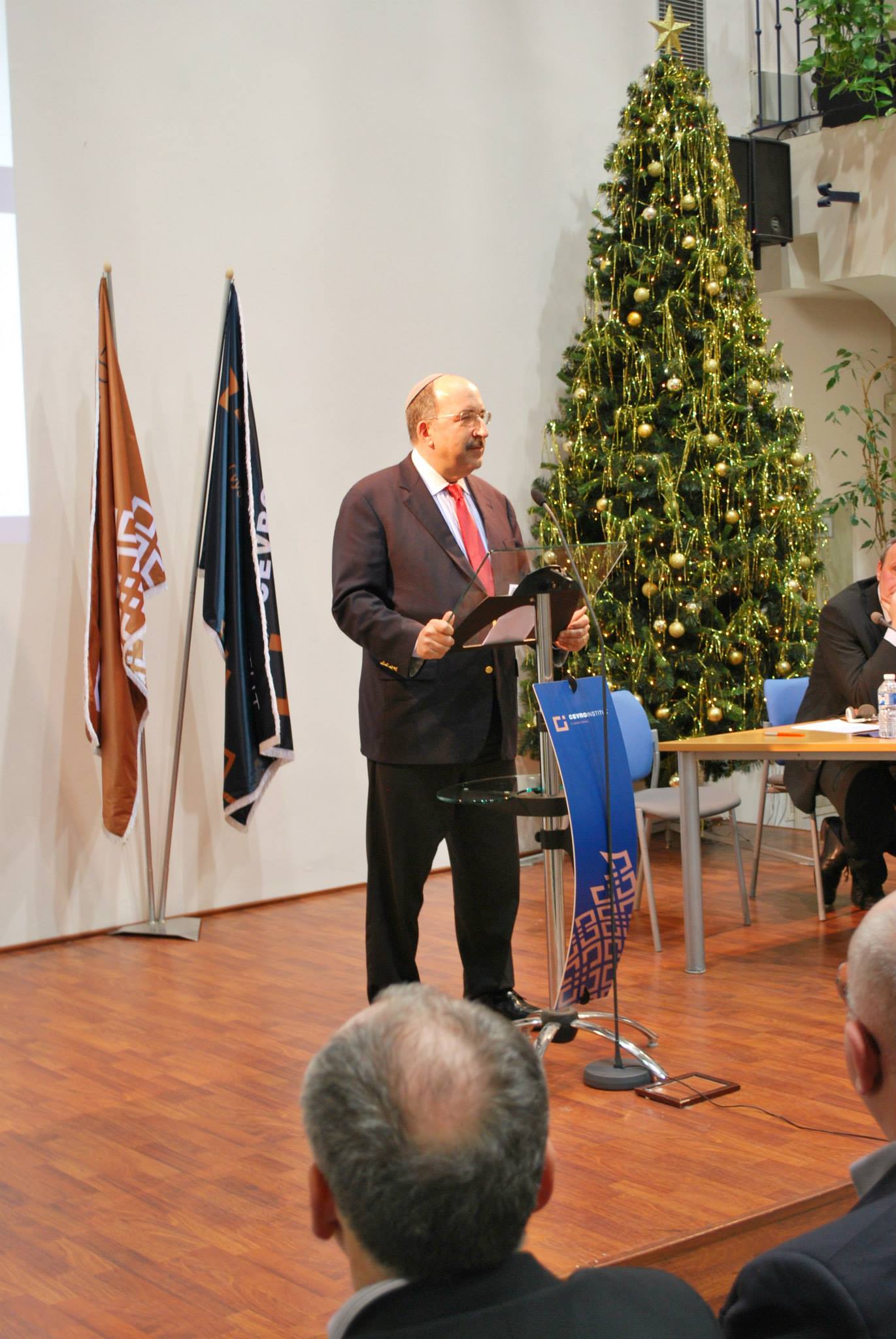 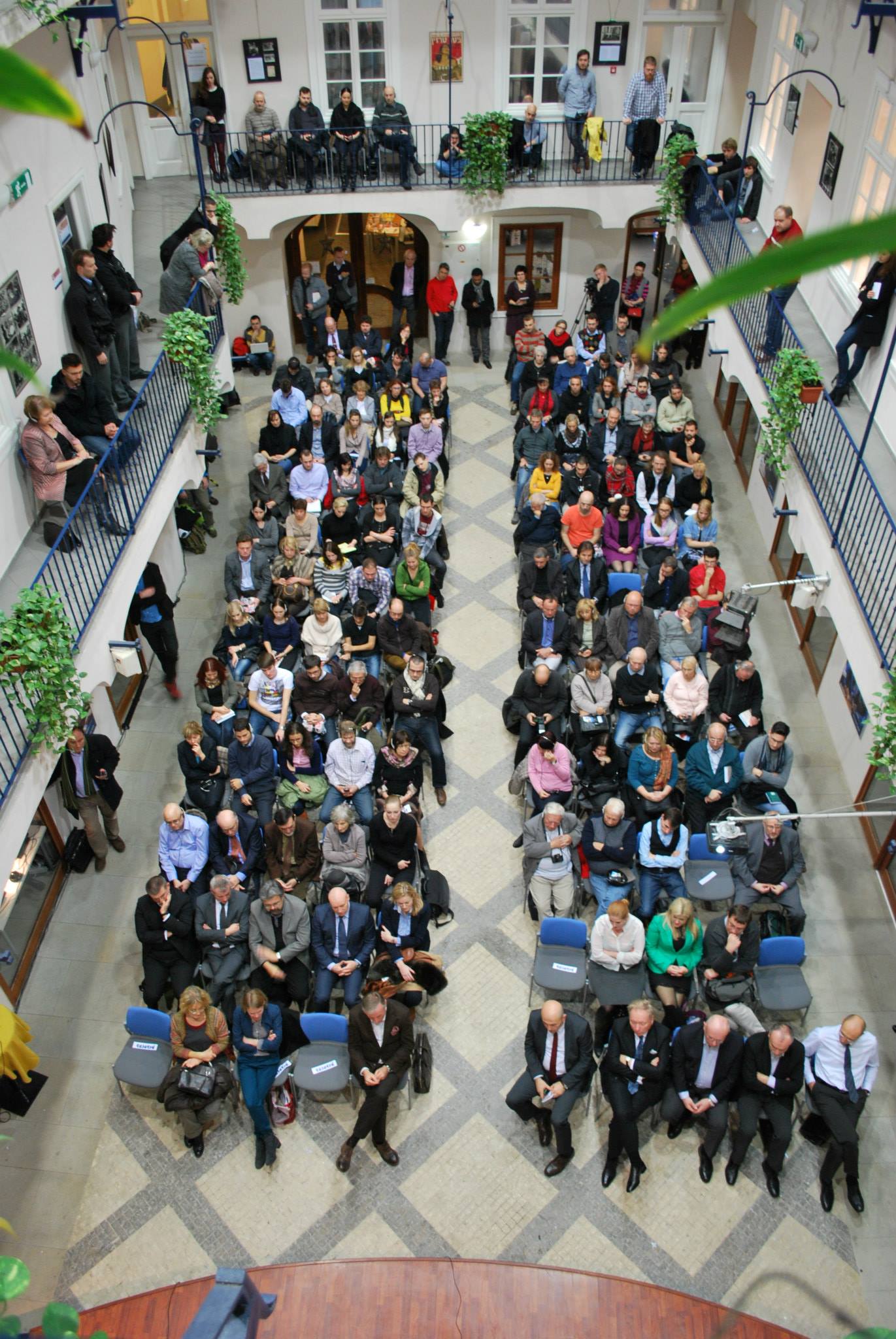 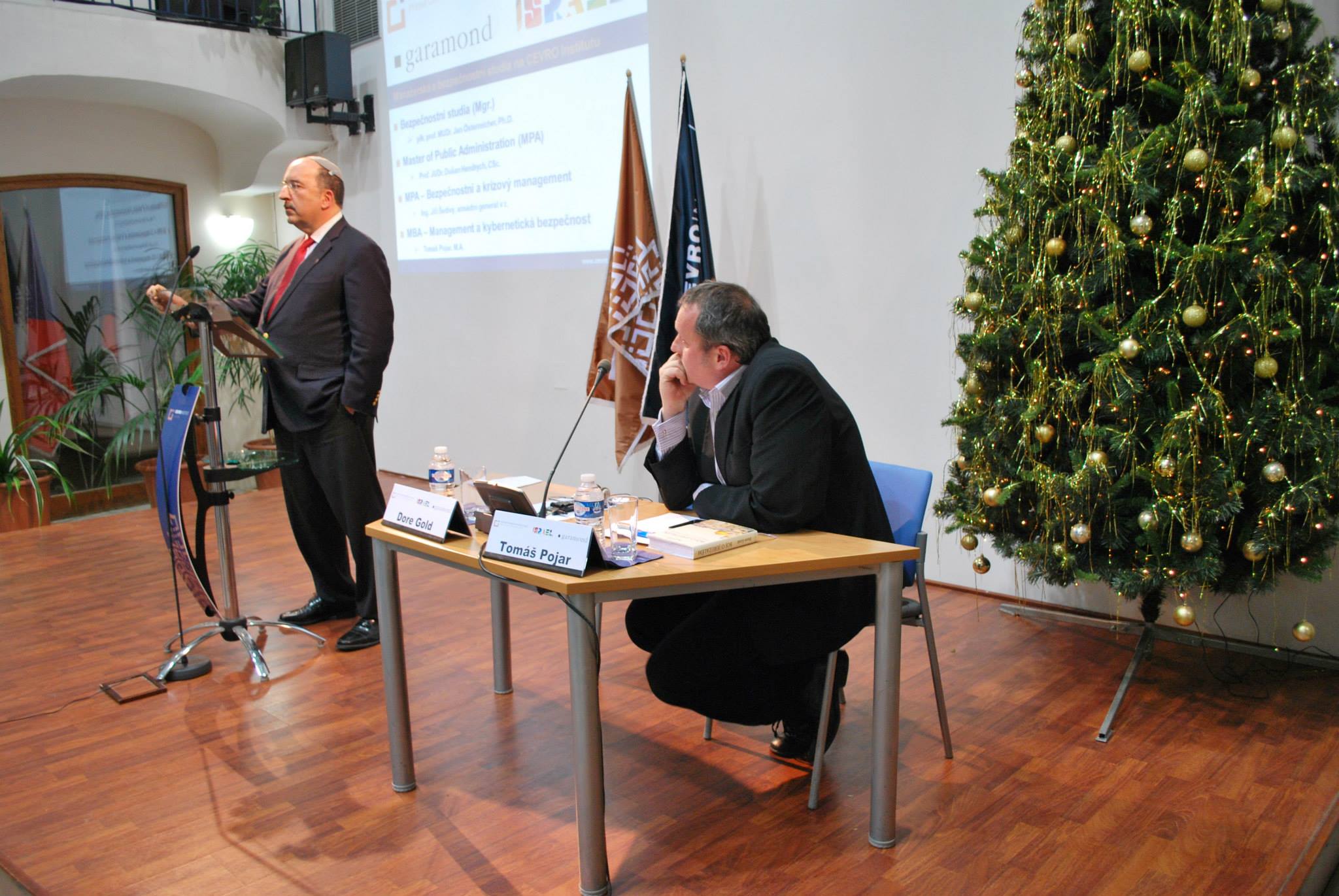