Public lecture: The Middle East in 2015

The lecture was held by the leading Israeli security expert General Yaakov Amidror. The former Czech ambassador to Israel and vice president of the CI Tomas Pojar opened the event and hosted the discussion. The event was supported by RWE Česká republika.

General Amidror analyzed current threats in the region of the Middle East and spoke about the changes that have influenced the security situation in the past year. He pointed out that the growing influence of radical Islam resulting in rising of the Islamic State was among the most important.

Failure of the Muslim Brotherhood in Egypt and consequently in Jordan as well as the rise of Islamism in Turkey have also affected the region significantly. Gen Amidror warned that secular Turkey – as we have known it since the rule of Atatürk – might change under the influence of an organization similar to the Muslim Brotherhood.

According to Mr Amidror, the Iranian nuclear program and all forms of terrorism remain the most serious threats to Israel. The country is ready to cooperate with any state in the region that is willing to fight terrorism.

In the discussion part of the seminar, the PCTR Director Alexandr Vondra asked the General to describe the Israeli position regarding the rise of the Islamic State. Yaakov Amidror explained that, unlike Hamas or Hezbollah, IS does not represent a direct threat to Israel. Therefore, Israel sees fighting against Hamas or Hezbollah as more important for its own security. He added there is no chance to defeat the IS without “boots on the ground”.

Yaakov Amidror also answered questions about Israeli ties with Turkey, UN stance in the Israeli-Palestinian conflict, Israeli energy policy, the current role of Russia in the region and the position of the Kurds in conflict with IS.

We would like to thank our media partners the Embassy of the State of Israel in the Czech Republic, the Czech-Israeli Chamber of Commerce, eretz.cz, shekel.cz and reviewed journal Defense and Strategy.

The invitation card to the lecture is available here. 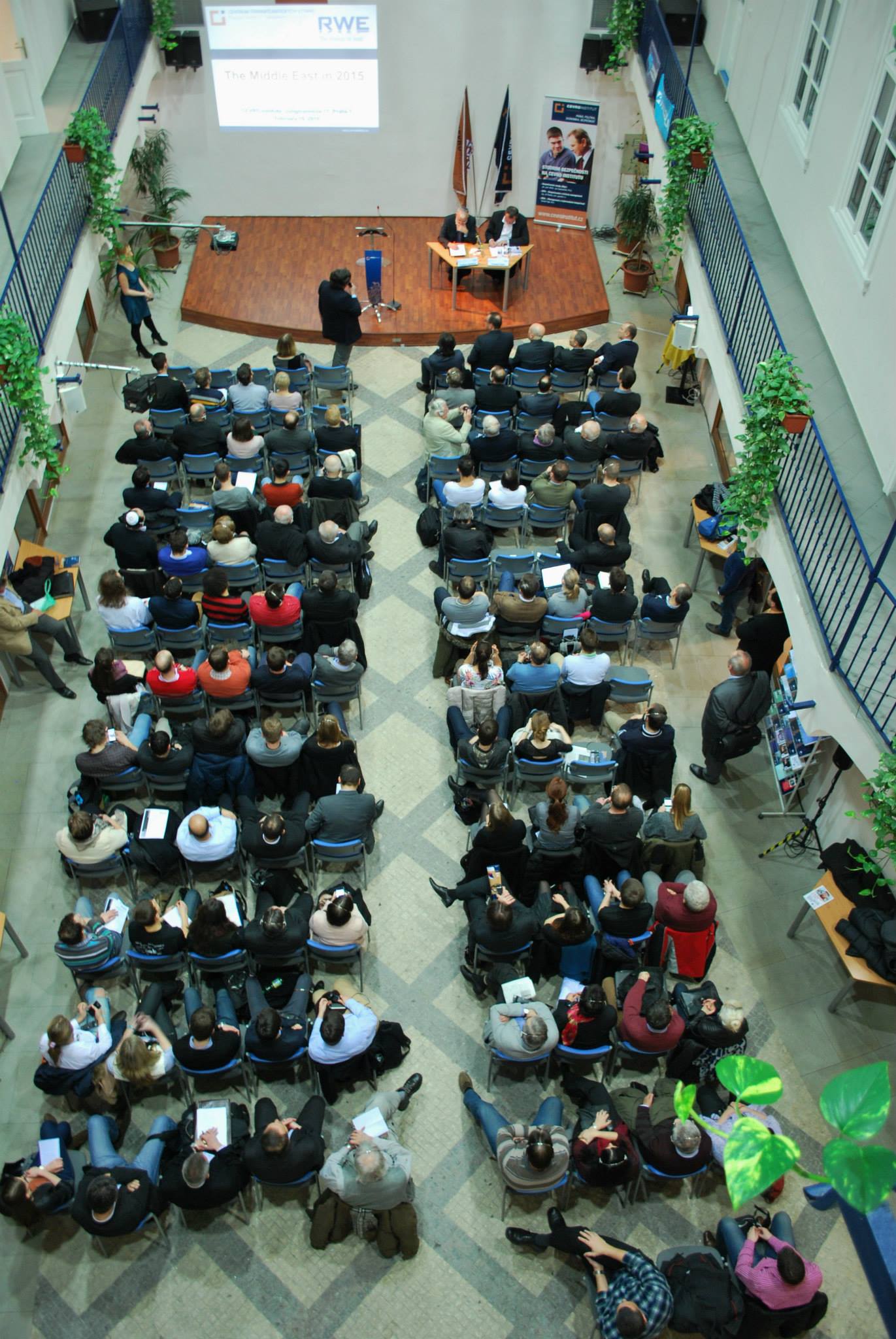 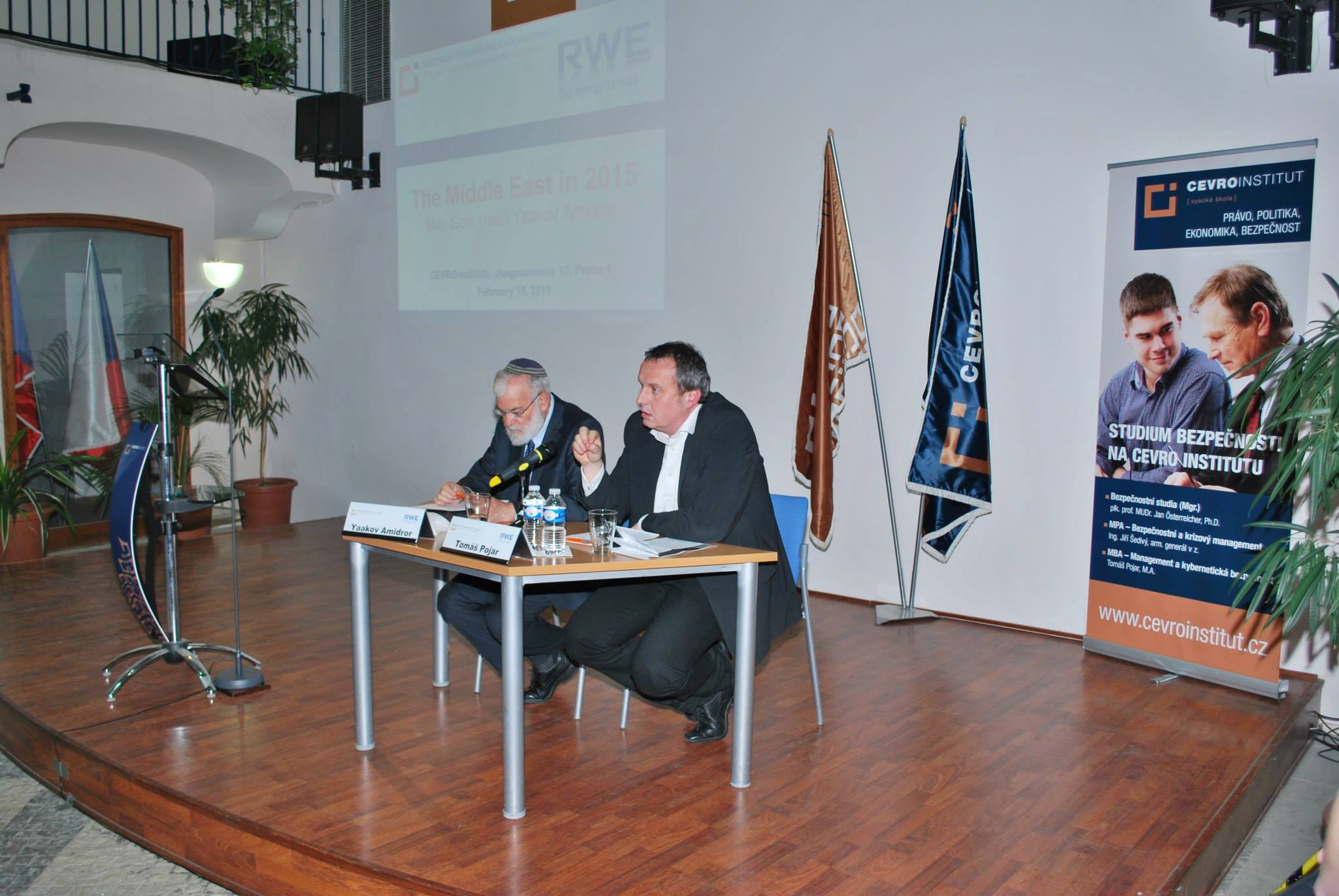 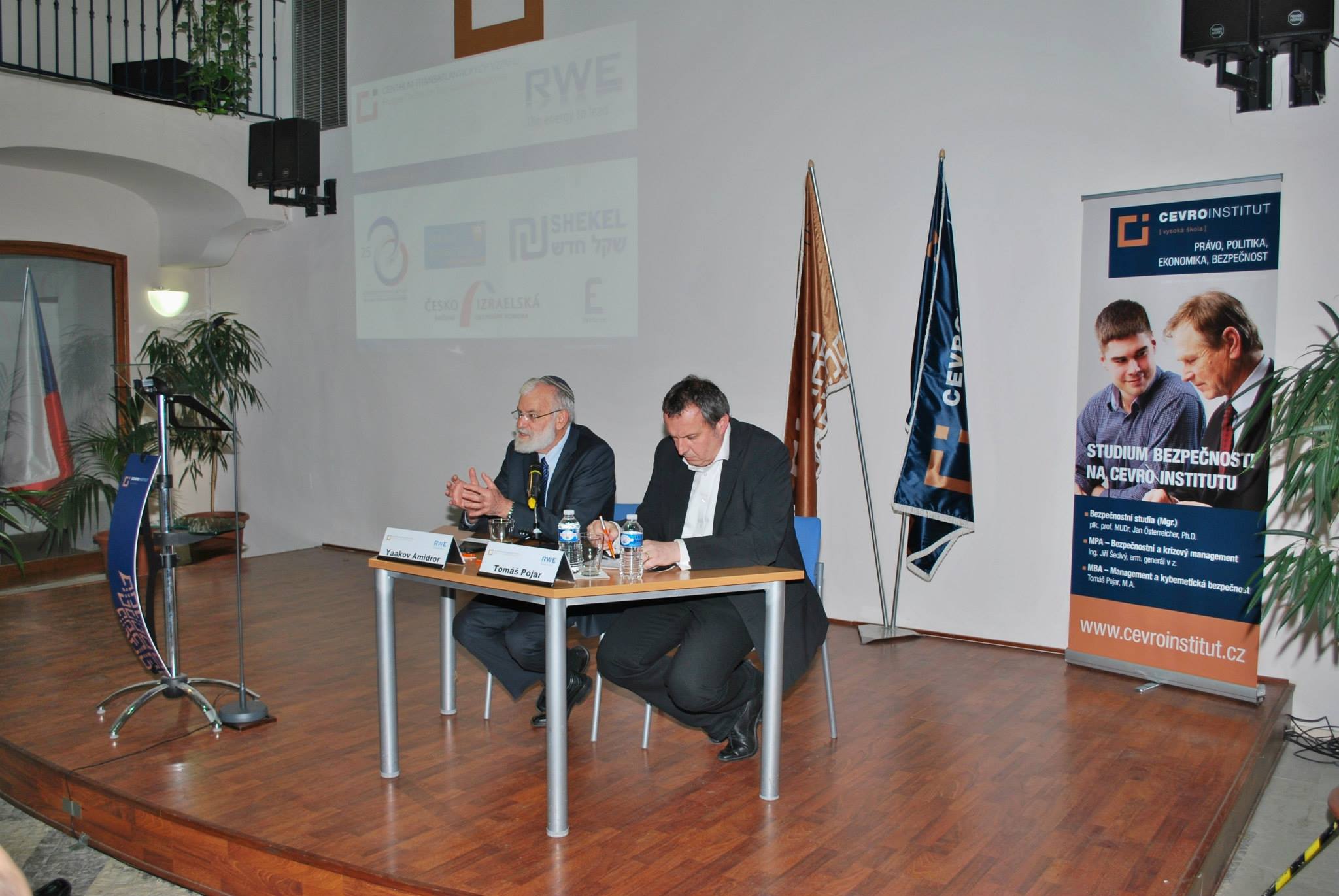