The Czech Republic in Common Security and Defence Policy of the EU between the Past and the Future: Audit and Perspectives 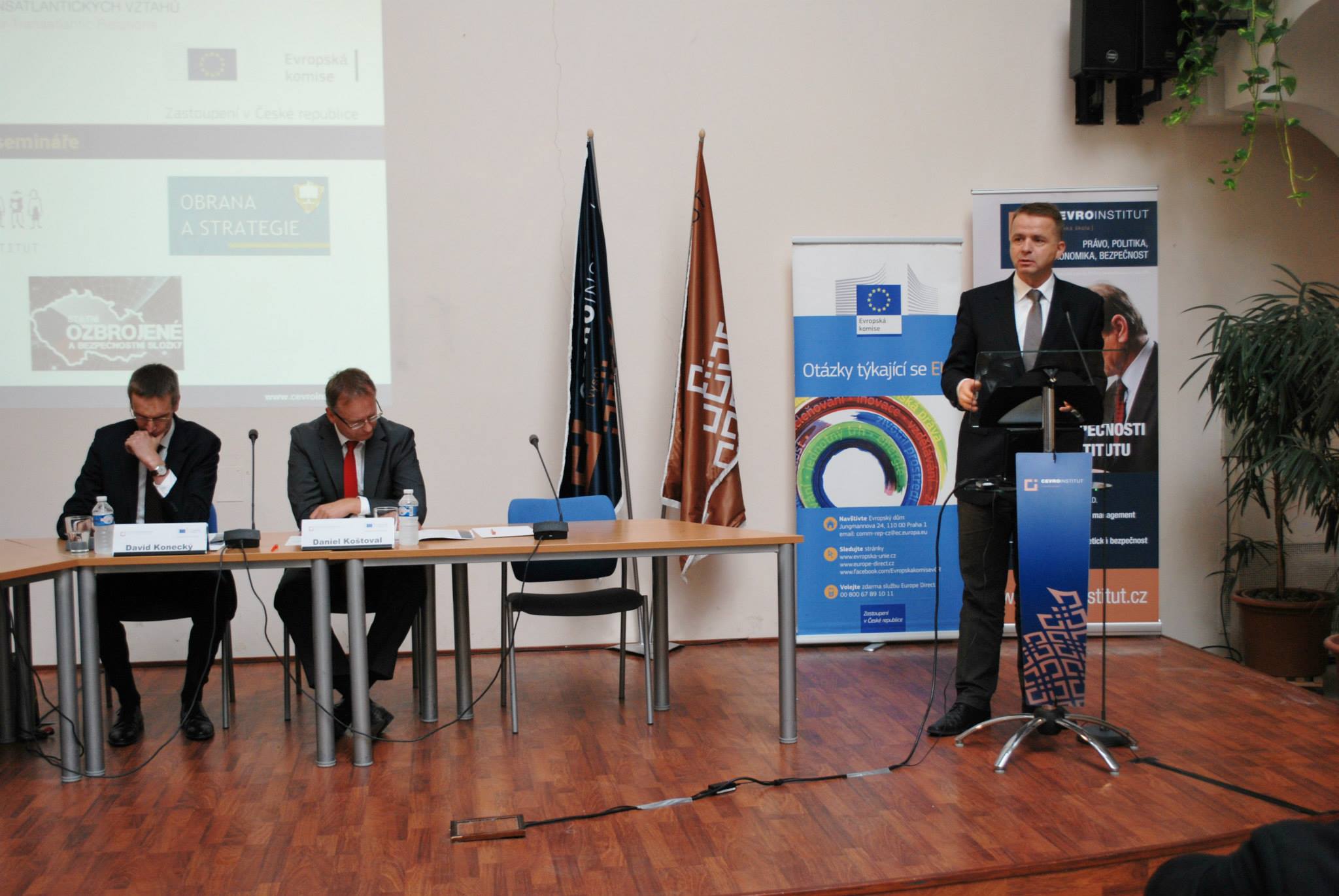 Czech leading experts on security policy took part in this event dedicated to the 10th anniversary of the Czech republic´s membership in the EU. The Representation of the European Commission in the Czech Republic supported the seminar.

The PCTR Director Alexandr Vondra and the President of the Representation of the European Commission in the Czech Republic Jan Michal opened the seminar with their welcome speeches. Opening remarks were presented by the Czech Permanent Representative to the Political and Security Committee of the EU David Konecky and the State Secretary at the Ministry of Defence Daniel Kostoval.

The first group of panellists Michal Koran, Pavel Stalmach, Petr Necas and Alexandr Vondra focused on the political dimension of security. They spoke about the future of the EU Battlegroup and concluded that no progress is possible without a nod from Germany and UK. The untapped potential of the V4 group cooperation was discussed as well.

Capabilities and opportunities of the Czech Republic within the CSDP were discussed during the military panel formed by Jiri Baloun, Jiri Sedivy, Jan Österreicher and Bohuslav Pernica. They reminded the audience of the current deployment of the Czech army in the EU mission in Mali and presented their opinions on the future of similar missions and the possible roles of Czechs in these.

The final section focused on the defence industry market and its regulations by European law. The state secretary for the EU Tomas Prouza and the President of the Defence and Security Industry Association of The Czech Republic Jiri Hynek concluded that it was necessary to stop demonizing this business sector and do as much as possible for the Czech producers. Cross-border cooperation in this field would be a big advantage for the whole EU, according to the speakers.

A discussion with the audience followed each of the panels. Representatives of foreign embassies in the Czech Republic, private companies, universities, students, and journalists were present in the audience.

The media partners of the seminar were the web page Státní ozbrojené a bezpečnostní složky, Civic Institute and peer-reviewed journal Defence and Strategy. The Representation of the European Commission in the Czech Republic supported the seminar.